Skip navigation and go to content
Get Rewarded For Eating, Shopping and Playing Local
View All | Reset Filters
Main Content
Could not connect to Mailchimp 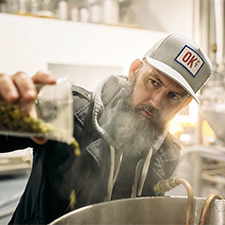 I absolutely love what is developing in the Oklahoma City beer community. Since moving here from San Diego in 2007, the brewing community has developed rapidly. There is an ever-increasing love for the craft of making beer, and a growing appreciation for the joy of drinking it. Here are a few ideas for you on your journey of learning a love for beer and the community that surrounds it in our city. 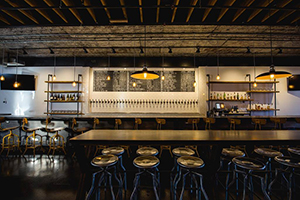 This may seem a little obvious to some, but Oak & Ore is worth the trip time and time again. It's a fantastic beer bar that measures up to the best in the United States. They never disappoint with their tap list of 36 craft beers - it's large enough to give a healthy variety of choice, and small enough to find something new every time you go. There is no doubt Micah Andrews cares about the craft of beer and the patient development of its community. This shows through having an educated staff, proper glassware, clean beer lines, and offering 4 oz pours. One secret about Oak & Ore is their food. It has definitely become a "go for the beer, stay for the food" type of place.

The story of Stonecloud Brewing is set in a warm, intimate space in the historic Sunshine Laundry Cleaners building. It was opened less than a year ago by Joel Irby, who brought 9 years of commercial brewing experience with him when he moved back to OK from CO. There are many straightforward, solid offerings, with just as many offerings that are pushing creativity in our state. From barrel-fermented IPA's to spontaneously-fermented sour beers, the resume of beers that have been crafted thus far is quite impressive. Bottom line is: They are great people who make great beer in a great space.  website 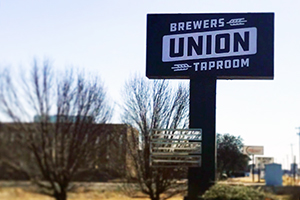 There are three breweries that are currently operating out of this "laboratory for young breweries." They are there now, but Elk Valley, Vanessa House, and the Angry Scotsman will all have their own spaces in the downtown area within the next year. In the meantime, you can taste all of their beer in the same space. If you have a chance, I'd highly recommend going with friends and sharing the megaflight. And experience like none before.  website 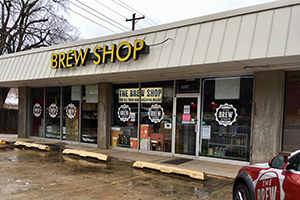 Want to learn to brew? Well, there's a sweet spot close by where you can learn all about it. Gail White will help you on your journey. From sourcing hops, grain, and yeast, to finding the right brewing equipment, Gail is your gal! If you get serious, there is a home brewing club called Red Earth Brewers that you can join. The Brew Shop also curates a yearly event called Mashed In - a space home brewers showcase their beer to the public. This event is free, and usually takes place in March.  website

With a large variety of local craft beer, great prices, and a very knowledgeable staff, Freemans is becoming less of a hidden gem. Nonetheless, it will always have a special place in the rapidly developing landscape of craft beer in our city. It's a bit small and unassuming, but you'll be pleased with what they have to offer.  website